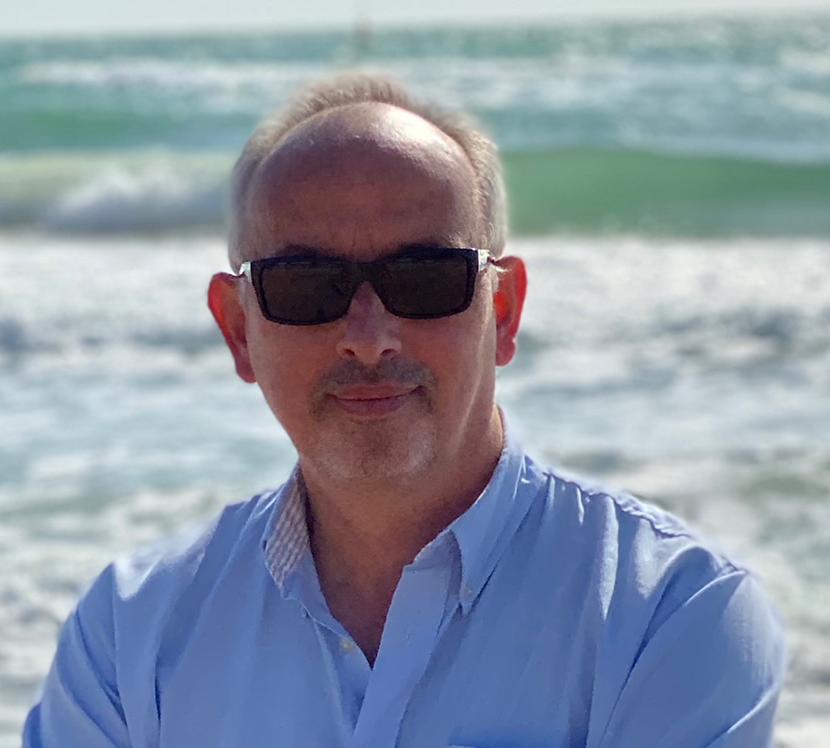 Behind the scenes of Wavefront, our team work tirelessly on new sonar developments and innovations. Bringing world-leading sonar projects to our customers requires extensive research and development. The technology is very specialised and it is necessary to develop bespoke algorithmic solutions unique to our products. Dr Rob Crook is at the forefront of these developments, working with our highly skilled engineering team as Wavefront’s Research Director.

Following a degree in Theoretical Physics at Cambridge, Rob chose to study for a PhD in Nonlinear Optics at Exeter. Following his PhD, Rob cofounded Wavefront in 2004. He has been part of the company ever since.

Whilst, by his own admission, Rob prefers to work behind the scenes, you may well meet him when you consider purchasing any of our sonar products. Rob is here to explain exactly how our products work technically and how they distinguish themselves from our competitors.

We asked Rob what his role as research director covers.

“I mainly work on the overall physics-based design and modelling of the sonar systems and their signal and data processing algorithms. The rather specialised niche market we operate in means we rarely have the luxury of picking technical solutions up ‘off-the-shelf’. They are far more likely to be bespoke algorithmic solutions unique to our own products. From my personal point of view, this is intellectually a fascinating and exciting place to operate.”

With such extensive experience, we wondered what Rob regarded as his most significant achievement in the sonar world.

“Getting a sonar system to do something actually useful, despite operating in such a challenging physical environment, is a huge achievement. It sounds trivial, but it really isn’t. We want our systems to be tools, not toys, though they can also be fun to use. We are a small company, but in a very sincere way, we do deliver ‘world-class’ products. Several systems we produce are generally recognised as being amongst the very best available on the commercial market.”

Like others who achieve great things in engineering and science, Rob is very humble. He prefers to give credit to his team and the other professionals he works with. But what shines through, is that developments in sonar only come about thanks to a collaborative approach. At the heart of these collaborations is Rob.

We wanted to know what is next for Wavefront. Rob will be at the forefront of their inception for any new products and innovations on the horizon.

“Our company strapline is that ‘we protect, we monitor, we explore’ in the underwater domain. I am particularly keen for us to develop new systems which allow the client to explore more of the maritime world. Some of our latest design ideas involve miniaturised forward-looking sonars. They will enable smaller yachts (or even underwater drones) to sail to and explore unfamiliar places more safely than ever before.

With Wavefront Systems taking a leading role in the progression of the sonar industry as a whole, we wondered what predictions Rob has for the next five to ten years.

Interestingly, he feels we will certainly see the use of autonomous platforms increase. Especially those relating to Uncrewed Surface Vessels (USVs) where robust (above-water) communications can enable ‘human-in-the-loop’ remote control to blend with progressively more capable onboard autonomy. But, as Rob points out, like any platform, these systems are only there to deploy ‘sensors’ or ‘effectors’ to a potentially remote or hostile place more cost-effectively than a crewed platform. The essential physics of propagating signals through the underwater environment will always favour acoustics over anything else. Except for specific short-range applications sonar will always have an important role to play as part of that sensor mix.

Traditionally, the industry has focused on these new uncrewed platforms. Looking forward a decade or more, Rob can see the novelty of these systems wearing off (as they have done with ROVs). Once again, the emphasis will be focused on the mission and the sensors and effectors which enable it, not just the taxi which took them there!

Wavefront is uniquely positioned to work on projects in smaller teams, enabling individual engineers to make genuinely identifiable contributions to new sonar systems. This is, for Rob, one of the most exciting parts of working for Wavefront.

“Making these contributions is far more difficult to achieve on much larger scale projects where even high calibre engineers struggle to recognise what they have individually achieved in the final ‘product’. At the same time, the complexity of our systems is still sufficiently high to make working with others with complementary skills completely essential to achieving the end goal. This blend of teamwork and identifiable individual contribution to the product is very satisfying for me.”

Having had this discussion with Rob, there is no doubt the future of sonar is bright, with plenty of new sonar products waiting to be developed. We predict Wavefront will continue to go from strength to strength, particularly with Dr Rob Crook leading the research

To read more about Rob’s work with sonar, you can find his papers here.

← Why you need Sentinel Intruder Detection on your vessel SAS vs MAS. When should multi aperture sonar be used? →